This is a very quick and easy to follow guide about how to self-host and deploy your own Piwik instance using Docker with support for https. I recommend using CoreOS to run your Docker containers, but any OS that is capable of running Docker should work.

In this guide you will:

What you need before continuing:

You do not need a powerful server. I am running Piwik on a 512mb VM on Vultr.
You can also use any other OS running Docker, and the process should be similar.

To run Piwik I use:

You should now be able to access and install your own instance of Piwik via your domain (the one you set on /srv/Docker/caddy/.env).

When installing Piwik you will be prompted for your database connection information, make sure you use mariadb as your "Database Server". 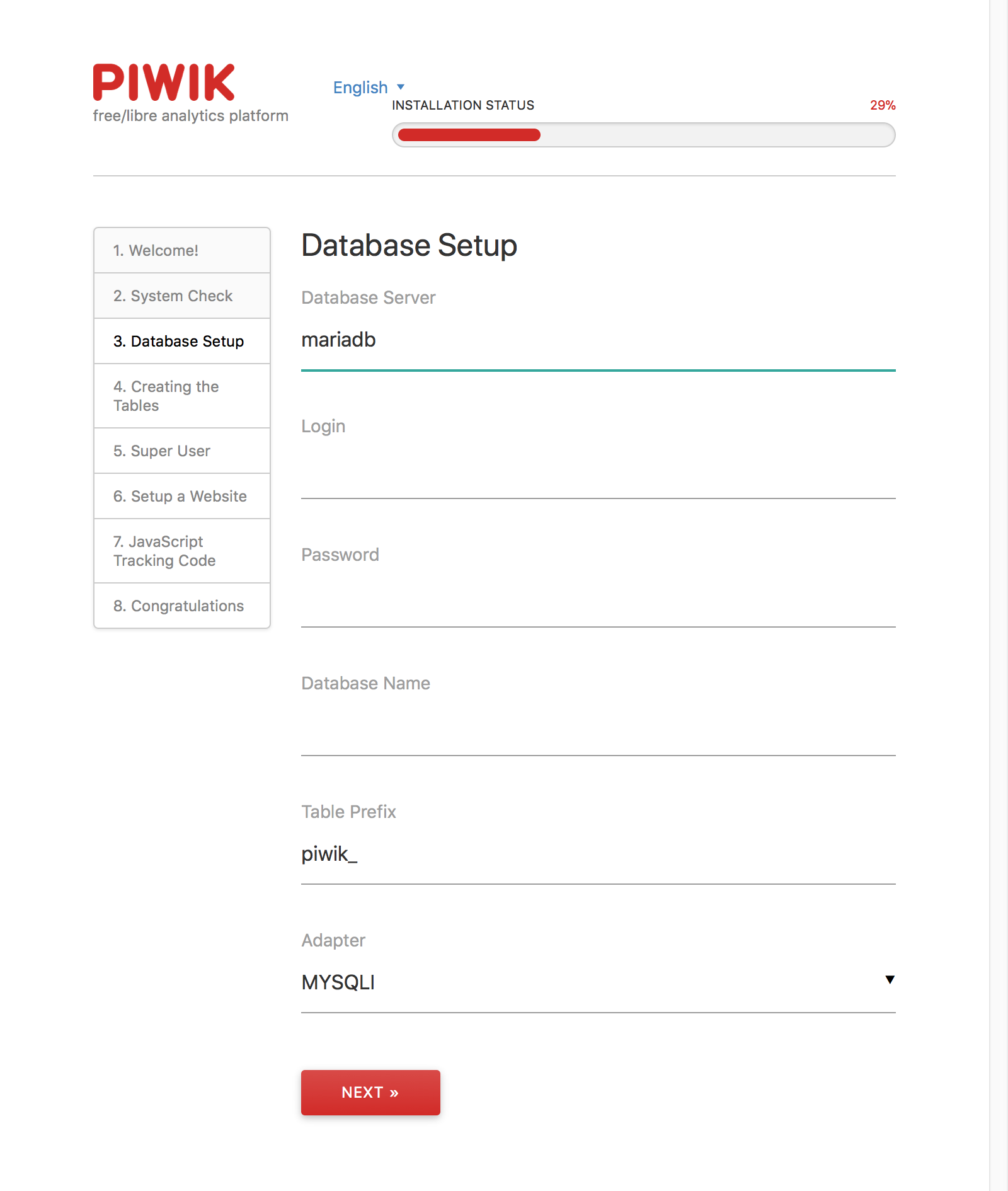 If you are experiencing any troubles, you can check the logs for each of the docker instances by running any of the following commands:

All your Piwik data is located within /srv with the following structure:

I hope you enjoy using Piwik. If you have any problems with the deployment, let me know.